On the sidewalk right across from that spot, I had been attacked by a young careless drunk man who smashed my alto saxophone, but I could not quit playing music on the street.

I earned more than minimum wage on the street several nights a week for many years, so many homeless people hated me and yelled nasty words at me or tried to steal my money, but I could not quit playing music on the street.

Many drunken adults laughed at me for being a street musician, but I could not quit playing music on the street.

Snow, rain, ice, fist fights, arrests, drug deals and police lights were the backdrop and stage lights of my street performance, but I could not quit playing music on the street for 10 years in Eugene, because I did not have a working visa.

Many people have asked me, “Why Oregon? Why stay here, when Japan is such a wealthy and peaceful country?” I am proud of my country and culture, and will always be Japanese. I love Oregon, too, though. I appreciate that people here are less judgmental, that they are not obsessed with status, that they have a deep respect for nature, and many people are fair to foreigners and other people with differences. These are all things that led me to call Oregon home, and to dedicate 20 years to becoming a resident here. However, I was only able to make that dream a reality when I married my wife Liliana. Without marrying a U.S. citizen, there was no other route to documentation for me, no matter how many years I worked and volunteered for the community, never committing a crime.

After getting my green card, I started teaching Japanese and kindergarten full-time at a public elementary school.  I understand the difficulty of learning a second language and getting used to a foreign culture. I am glad that I can use my experience to encourage children to learn my mother language, culture and customs, as well as how to treat others with kindness, understanding and respect.”

Some background on Tomohiko Tsurumi:

Tomo was in love with jazz and rock’n roll, and migrated to the United States with a suitcase, a backpack and a saxophone case in September 1995, 5 months after his high school graduation in Japan. Although he came to go to college, he was excited to learn that Oregon had lots of open spaces to perform music in and practice saxophone loud. (Japan has half the population of the United States, but is not even as big as the state of Montana, and 70 percent of the country is mountains or hills, because it is located on the Ring of Fire. For that reason, being quiet, compact and considerate of others’ comfort is important, and it is very difficult for musicians to find spaces to practice and perform.)  He was also thrilled to find communities where he could collaborate with other artists.  After graduating from college, Tomo traveled and played music solo and with dozens of bands (as well as working countless odd labor jobs), so that he could buy food and pay rent and bills. He was also surprised that Americans were interested in his origami skills, and honored to be able to contribute to the community by teaching and gifting origami at hundreds of public gatherings and events. As an English as a second language speaker, art – music and origami – became the language by which he communicated with his fellow Oregonians.  In addition to playing in award-winning bands, Tomo was voted the Best Visual Artist of Eugene in 2012.” 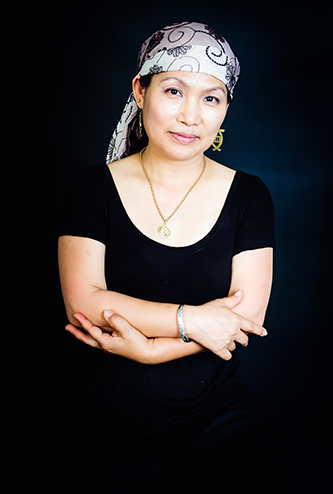