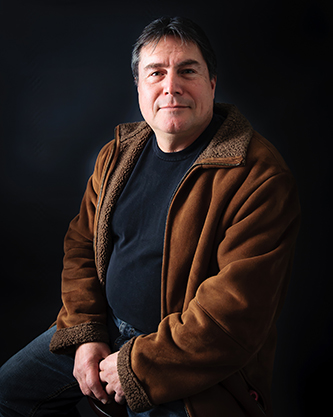 “I immigrated to the United States from Athens, Greece in 1989 when I was 30 years old.  I had met my future wife Maggie while she was visiting Athens.  We communicated for a few years and visited each other in the States and Greece.   I decided to visit Maggie in the United States to decide if I we should marry and live in Eugene Oregon.  I traveled on a fiancée visa and had limited time to make my decision.  Maggie and I decided to marry and live in Eugene.  This was a very difficult decision for me because I was the oldest son and had many family responsibilities as well as my own business and childhood friends that I would be leaving.   But, Maggie captured my heart and I knew that I would possibly regret returning to Greece and leaving Maggie in Eugene. So, the very difficult decision was made much easier by my love for Maggie.  Since I moved to Eugene, I worked for a landscaping company to learn a new trade with the intention of starting my own landscaping business.   After four years of gaining professional experience, I started Better Lawns and Gardens which is a full-service landscaping maintenance business in 1994.  Over the years I developed a network of very good personal friends and became part of the Eugene community.  I have been active in Eugene Taiko, which is a Japanese drumming group, and volunteer for a number of non-profit organizations.  The other experience of living in Eugene has broadened by outlook on life and has been rewarding in terms of my personal development.  When I look back on the past nearly 30 years I have come to the conclusion that I have benefitted greatly as a result of living in Eugene.  All this would not have been possible without Maggie’s love.”