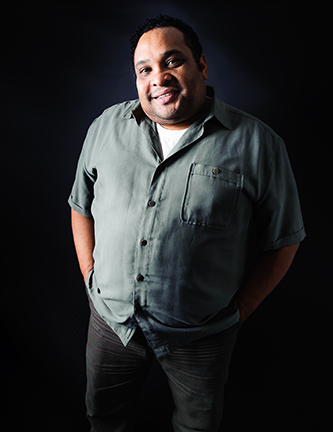 “I left my country Brazil due to the financial crisis that hit there in the late 80s. I was 21 years old and living in the City of Sao Paulo, a town of approximately 20 million people. I found myself hopeless and decided to change my life. I took all of my savings, bought an airplane ticket and flew to England where I stayed for several years working in construction. While there I also helped organize events such as the Brazilian parades for the Notting Hill Gate Carnival and Latin dance clubs. I also taught Lambada and Samba classes. One night as I was out dancing, I met Kathleen, an American Citizen who I became romantically involved in. Two years into our relationship we decided to

tie the knot in Brazil so we left England and returned to Brazil where we lived for several months. But then Kathleen got very home sick, so we decided to move to America. Arriving here in America with my broken English I had to start all over again with everything. I went back to working in construction. I worked on the construction of the Federal Court Building in Portland, Oregon for two years and I lasted there two years due to my hardworking attitude and also because I demonstrated that I had great skills, while most workers got laid off. I was one of the few who lasted working on that job. So since then, to resume the story of my life in the last 21 years living in America, I have helped constructing buildings and several homes and I was able to establish my own construction company, Granite and Marble Shop which I manufactured and install kitchen tops in many Americans homes. Now after all those years I am still dreaming and with lots of eager to conquer my financial freedom.”