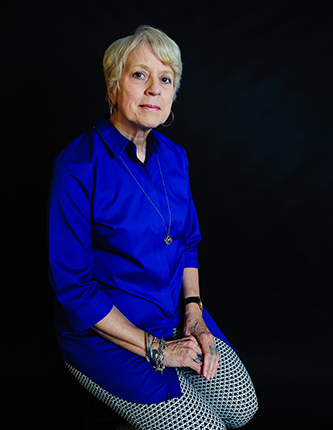 I was born in the Netherlands just after World War II, in 1947, when Europe was in dire economic straits. My father was offered a job in Cape Town, South Africa, where my parents, my younger brother and myself moved when I was 4, travelling by ocean liner for 2 weeks.

Being so young, I had no idea what emigration meant, but I know that it was difficult for my parents at times, especially my mother; missing their close-knit families, Dutch customs and family traditions, relocating to the wide open spaces of South Africa, and having to learn a new language, English, because we only spoke Dutch.  I remember growing up in a warm loving family, in a comfortable home, and having friends who also were of Dutch immigrant families in South Africa.  As I became older, we became much more aware of the inhumane apartheid regime in their treatment of people of colour. When we spoke up about the human rights abuses, we were ostracized for our beliefs, and were in danger of being labeled communists etc., which could have possibly led to house arrest or imprisonment, for those truly outspoken and active. My family all became naturalized South African citizens, but made to feel uncomfortable at times by some South Africans who regarded immigrants with suspicion for religious and economic reasons.

But as a white, middle class family we had a very comfortable life. After graduating from University I was considering leaving for Europe. I then met an American studying in South Africa, fell in love, and eventually emigrated to the USA in 1972, to marry. It was very difficult to obtain a visa, even though I was financially independent and had good qualifications. I remember my interview with the US Consul in Cape Town being unfriendly and unpleasant, being discouraged repeatedly to emigrate to the USA. However, I was granted a fiancée visa, by which you are required to marry within 3 months after arriving in the USA, which we did.

The USA was quite a shock culturally; the excessive amount of junk food in supermarkets, over-the-counter medicines, broken-down infrastructure, and most of all, the racist attitudes.

“After 2 years in the USA we moved to Ireland for 7 years, for further studies and work. The Irish were welcoming, even though our interactions were mainly with fellow foreign students.

In the 1980s we moved to Minneapolis, a very cultural city with many Fortune 500 companies’ headquarters, so even though we were in the Midwest there was quite an international contingent. The harsh climate and conservative Midwestern attitudes were an adjustment, although people were mostly very friendly.

My view is that when you are amongst a certain educated, cultural milieu, that you are accepted, but in the rural areas you are somewhat regarded with suspicion, which is probably true anywhere.  Most Americans don’t seem to realize that many immigrants don’t regard this as the land of milk and honey, and how hard it is to give up your family, friends, background, customs., and while your new countrymen are not even remotely interested in your life before the USA. Even for those with deprived backgrounds, it is a very brave and daunting decision to give up everything you know and love.

Having grown up in apartheid South Africa, it has been a disappointment to see how racist US society still is. It is difficult for me to hear the current hateful rhetoric. I have been a naturalized USA citizen since 1983, and often still feel like an outsider! My hopes are that since the USA considers itself as the leader of the free world, that we become more tolerant of each other, celebrate diversity and our rich cultural heritages, excel in education, healthcare and promote peace.”