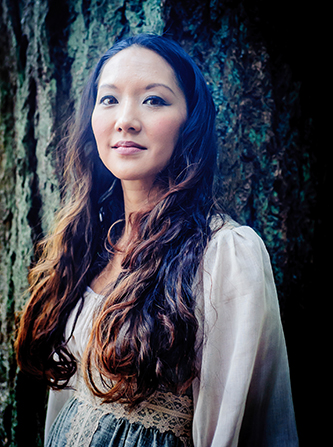 “I was born March 1975 and the Fall of Saigon was April 30, 1975. I’ve been told that the village I was born in is a one-day walk to Saigon. On April 4, 1975 Holt was offered the first plane out, a cargo jet, but let a different group go instead. The agency had already managed to charter a passenger jet for the next day. The cargo jet loaded with children and caretakers crashed shortly after takeoff. Many of the people on board were killed. The next day, Holt’s Pan-American flight filled with 409 children and 50 adults took off. Each adult was assigned 10 kids to care for. It was a long, loud, chaotic trip with stops in Quam and Hawaii before finally making it to Seattle, then on to the East Coast. The exhausted children joined their waiting families along the way. Once the children were safe, four American Holt staff members immediately headed back to Saigon. They needed to get their South Vietnamese staff and 30 more children to safety before the airport was destroyed. I was on this last flight. The couple who adopted me, my parents, had adopted a baby girl (my big sis) from South Korea in 1973 and Holt International  contacted  my  parents  explaining  to  my  mom  Operation  Baby-lift.  My parents made a quick decision to say yes to a 6-week old baby girl due in days. My mom  said  that  they  had  been  praying  for  a  new  addition  to  the  family  and  God answered their prayer. My adoption was not under the best of circumstances but God can take a civil war in a third world country and bless a 6-week old baby with a family two oceans away.”