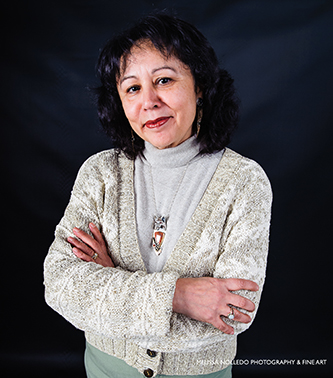 “I immigrated to the San Francisco Bay area with my parents from El Salvador when I was an infant. The only time I saw my father be truly joyful was when we finally became US citizens 10 years later. As a family, we celebrated. It was only later that I realized the burden he must have carried to make this so. My parents stressed the importance of speaking English well and studying hard. I was taught that I had to work twice as hard as anyone else to receive respect. My teachers helped me become acculturated to life in a community that had very few people of color. Like many of my fellow Americans, I worked hard to make a good life and contribute to my community. I moved to Eugene, Oregon 24 years ago and was fortunate to have received support, lessons, and opportunities to grow. My first job was at Lane Community College, where I gained an appreciation for higher education and the importance of lifelong learning. I attended Linfield College while working full time, and earned a B.S in Arts and Humanities. Shortly thereafter, I was hired at the Jordan Schnitzer Museum of Art at the University of Oregon. I attended the UO while working full time, and earned an M.S. in Arts Administration. Later, I was hired at the Robert D. Clark Honors College, and in my 7th academic year, am a strong believer in the importance of a liberal arts education and lifelong learning. Throughout these efforts, I also served on various visual arts and community boards, including Centro Latino Americano, a non-profit organization that serves Latino families, as a way to give back to our community and help open doors for our underrepresented citizens to resources that help them succeed. I am grateful for the allies who have supported me over the years, and I ask for their continued vigilance.”